Ireland has been home to an array of people & cultures throughout history. Each has left a legacy of style & historic tales behind them. This is why, if you look at all the castles in Ireland, you will see that no two are alike. Each Irish castle has its own medieval story to tell.

Do you know how many castles there are in Ireland? Some are now luxury hotels, others are tourist attractions while some, unfortunately, are just ruins. According to a recent study, there are approximately 30,000 castles in Ireland….. quite a lot for such a tiny little country!

Here, we have listed some of our favorite castles in Ireland, in no particular order. Each of the below is open to the public with guided tours available at some.

Luckily, quite a few of our tours – self guided and self drive – offer you the option to visit one, or some, of the below Castles!

Bunratty Castle is a huge 15th-century tower house & is situated in County Clare. It is located between Limerick & Ennis & is also quite close to Shannon Airport. The site in which Bunratty Castle is situated was originally a Viking camp back in 970. Sometime after this, Norman man Robert De Muscegros built the first fortress in 1250.

Bunratty Castle is one of the most exciting castles in Ireland because of its renowned medieval banquet they host regularly! Definitely a unique experience & worth a visit! Visit Co. Clare on one of our self-guided hiking tours on the Burren Way! Make sure to squeeze in time to visit Bunratty Castle!

Blarney Castle is a medieval castle near Cork, in the South of Ireland. The castle dates back to 1446 & is world renowned for its ‘Blarney Stone’.

Blarney Castle itself has many historic stories to tell & with an exciting annual calendar, it is definitely worth a visit. Malahide Castle dates back to the early 12th century & is situated in Malahide, which is approx. 8km away from central Dublin.

Situated on 260 acres of parkland, it is home to intricate oak panels, vintage Victorian décor & toys, astounding furniture, artwork & so much more. This is one of the castles in Ireland that truly tells the story of Ireland’s nobility.

Rumored to be one of the most haunted castles in Ireland, the grounds of Malahide Castle are stunning. One of the most majestic castles in Ireland, Ross Castle sits on Lough Leane. It is known as one of the last strongholds of significance to fall to Cromwell’s forces, back in 1650.

The castle is open to visitors from April right through to October & you can stroll around the grounds throughout the year. One of Killarney’s biggest tourist attractions, this is one of the castles in Ireland that is definitely worth a visit! Visit Ross Castle whilst visiting Killarney on one of our self-guided Kerry Way Hike Tours!

This, in our opinion, is one of the most majestic & beautiful castles in Ireland.

A medieval castle, situated in Co. Antrim, Northern Ireland; it sits on the edge of a basalt outcropping. It is only accessible via a bridge which connects the castle to the mainland.

Dunluce Castle drastically increased in popularity after featuring on Game of Thrones as ‘Castle Greyjoy’. This is one of the castles in Ireland you definitely want to see first-hand. This spectacular example of a Norman Castle was built in the 13th century on the banks of the River Shannon. It is located in Limerick City and was a stronghold for the King against all rebels.

The castle was restored in 2013 with a massive investment to improve the facilities and the interactive visitors centre.

You can visit King John’s Castle on a Southern Ireland Driving Tour. A very popular stop on our Self-Drive Tours of the south of Ireland. This wonderful example of a 12th century castle is also known as St. Patrick’s Rock and Cashel of Kings.

It was originally the seat of the Kings of Munster, up until 1101. The reigning King donated the Rock to the Catholic Church. Most of the original architecture no longer exists and what remains is buildings from the 1200s & 1300s. 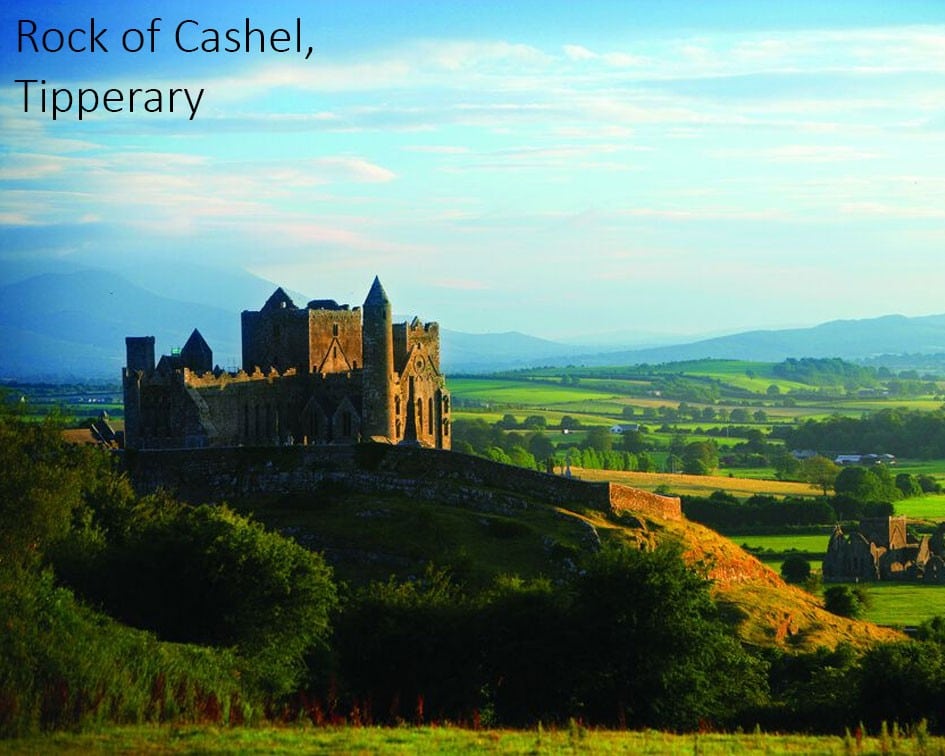 As part of our custom tours, we can cater to any experience you would like to add to your trip. We design bespoke custom tours every day. So all you have to do is decide on what it is you want to experience & we can make that happen.

For inquiries on any of our tours, feel free to drop us an email: [email protected]!