In light of St. Patrick’s Day we decided to share with you some of the most sacred mountains in Ireland.

Hiking in Ireland comes in many forms, with options to visit the most scenic mountains with breath taking views, challenging peaks and more. However, one thing a lot of people don’t know is that Ireland is home to a multitude of sacred mountains.

Here are our top 5 sacred mountains in Ireland.

Croagh Patrick – One of the most famous sacred mountains in Ireland

From the top of Croagh Patrick, you can see brilliant views of Clew Bay and the surrounding south Mayo countryside. It is one of the highest peaks in West Ireland. Mount Brandon – The second most famous sacred mountain in Ireland

Mount Brandon is the 8th highest mountain in Ireland and the highest Irish peak outside the MacGillycuddy Reeks range. Situated in the centre of the Brandon mountain range on the Dingle Peninsula, County Kerry, the mountain was named after Saint Brendan.

It is the end of a Christian pilgrimage trail, which is widely known as the Cosán na Naomh. This is a widely popular mountain, famous for it’s peaks. It also has stunning views and is a famous sacred mountain in Ireland. 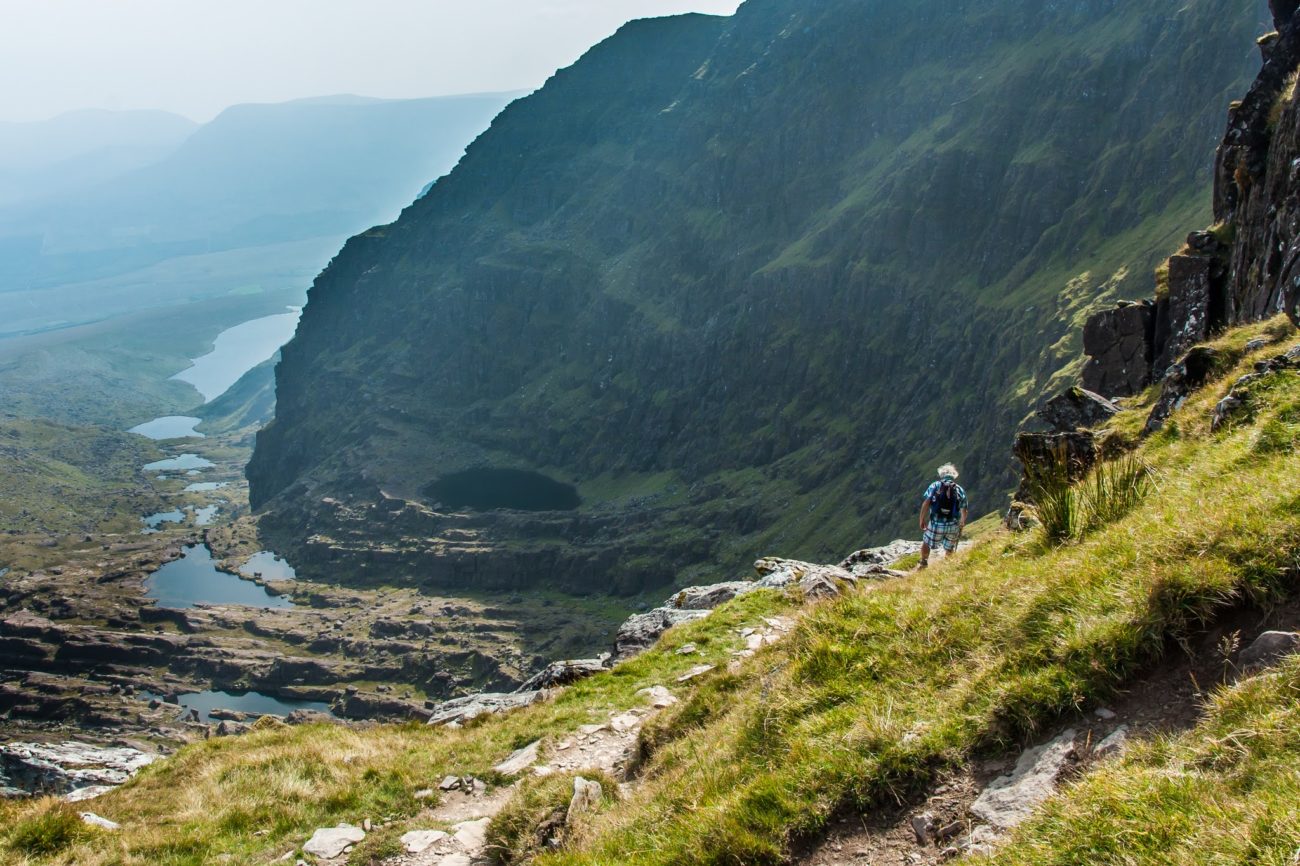 Explore Mount Brandon when you book onto on of the following tours for:

The Kingdom of Kerry Guided Tour

Slieve Donard – The most sacred mountain in Northern Ireland

Slieve Donard is the highest mountain in Northern Ireland, with a height of approx. 850 metres. It is part of the renowned Mourne Mountains, near the town of Newcastle and overlooks the Irish Sea.

It’s also the 7th highest peak in Ireland. In Irish mythology, this sacred mountain was associated with Boirche and Slángha, two Irish mythical figures. Later then, it was names after Saint Donard, who was said to have turned the summit into his hermitage. Until the 1830’s, people used to climb the mountain as part of an annual pilgrimage. Church Mountain – The most understated sacred mountain in Ireland

Church Mountain is the westernmost of the Wicklow Mountains. Sometimes called Slievegad, meaning ‘Mountain of the Covenant’, it lies approximately half way between Hollywood to the north and Donard to the south. At the summit of Church Mountain lie the remains of a large cairn along with an old triangulation pillar. This sacred mountain in Ireland is unknown to many but holds immense significance to the masses who visit this mountain annually.

Slieve League – One of the most breathtaking sacred mountains in Ireland

Slieve League is situated on the south west coast of County Donegal. It hosts some of the most spectacular marine cliffs in Europe. You will have views spanning across the Atlantic Ocean, the Sligo Mountains and Donegal Bay. Explore Slieve League with us on our Donegal 8 Day Self Guided Hike.

Exploring Ireland by foot or bike is what we do best and many of our tours take you to these regions. Even if they don’t, that’s why we invented our amazing custom tour planner in early 2019. Click here to design your trip today! If you have experience of hiking in Ireland and confident exploring without a guide, have a browse of our self-guided holidays here.