Probably the most famous “Camino Route” in the world – is that of St. James’ Way or the Camino de Santiago in northern Spain. Probably the most beautiful “Camino” in the world is the one you find in Kerry with stunning landscapes & breath-taking ocean views across the Wild Atlantic Way. This Kerry Camino is a wonderful Pilgrim Route from Tralee to Dingle on the Dingle Peninsula in south western Ireland. Originally thought to have been used by St. Brendan in the 6th Century.

Did you know: St. James is thought to have visited Ireland & St. James’ Gate in Dublin (home to Guinness brewery today) is linked with Santiago & the Camino in Spain. St. James Church in Dingle was originally a farewell point for pilgrims. From here they set sail from there to reach Finisterre in NW Spain and to then walk 90kms from there to reach Santiago de Compostela & worship St. James there.

At almost every turn on the Kerry Camino, there are breathtaking views enhanced by the sounds of the Wild Atlantic lapping or crashing against this ancient shoreline. You will be enchanted by the awesome scenery and historic preservation that this region has to offer. This is a land that will fill you with energy, wonder & beauty as you hike right to the western tip of this peninsula looking across the Atlantic Ocean to the “next Parish” – America. The tip

of the peninsula, west of Dingle town, is still to this day a stronghold of the Irish language and many traditions and customs have been preserved here along with our native language – Gaelic.

Did you know: There is no other area in western Europe with the same high amount and variety of archaeological monuments as the Dingle Peninsula. This mountainous peninsula juts into the Atlantic Ocean and has supported various tribes and traditions for around 6,000 years. Because of the remote location of the peninsula there are examples and remarkable preservation of over 2,000 monuments! It is impossible to visit here and not be astounded by its archaeological heritage.

The pilgrimage begins at St. John’s Church in Tralee and following along an old ship canal and back country roads to join the Dingle Way. The route brings you under the Slieve Mish Mountains before joining what was once an old road to Dingle. Passing a fascinating 12th century oratory, still used by locals today for prayer, contemplation & worship, stopping for some overnight rest in the village of Camp.

The route continues west along the Kerry Camino you walk from the lovely hamlet of Camp to the lively little village of Annascaul. This walk takes you through a fascinating area of bogland where many people still come to cut their winter fuel. Crossing to the south side of the peninsula, arriving at the magnificent Inch Beach, before continuing inland to Annascaul village an overnight stay.

Leaving the village of Annascaul, the Kerry Camino takes you to the town of Dingle & St. James’s Church. The route passes through Minard, with its 16th Century Castle, and the village of Lispole along the way. It then takes you along old, narrow country lanes through the hamlets of Lisdargan and Ballingarruan before joining the old military road below the Connor Pass. You will be in the shadow of the incredible Mount Brandon.

One of the highest and holiest mountains in Ireland, named after St.Brendan. It is said Sáipéilín Bréanainn is the remains of a small stone building that was believed to have been used by Saint Brendan on his pilgrimage.

It is likely that the pilgrimage originated in pre-Christian times and was originally a Lughnasadh ritual. The mountain’s importance may be due to the fact that, being so far west and so high, it is the last place where the sun can be seen before it sets. and on in to Dingle for an overnight. Some people choose to finish the route here. However, we strongly believe there is so much more to see it is worth having a fourth day. You can immerse yourself into the true region of early pilgrimage on this Peninsula.

The route starts just outside Dingle, passing the Early Christian site of Kilcolman and continuing to the glorious sweep of Ventry beach. From here it takes you on a beautiful and very historic walk around Slea Head, finishing in Dunquin. This walk offers an opportunity to see ‘beehive huts’ at close quarters, and also a full view of the Blasket Islands. You can then return to Dingle for your final overnight. 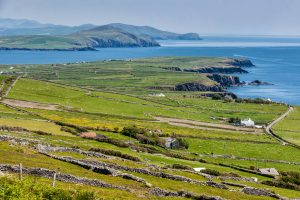 Have your “Kerry Camino” passport ready in preparation for your route, so that you can stamp it along the way. This will allow you to record your achievement as you hike one of the most beautiful Camino’s in the world. Interested in coming to hike the Kerry Camino? If you would like to follow in the footsteps of St. Brendan you can check out our tour on the Dingle Way. 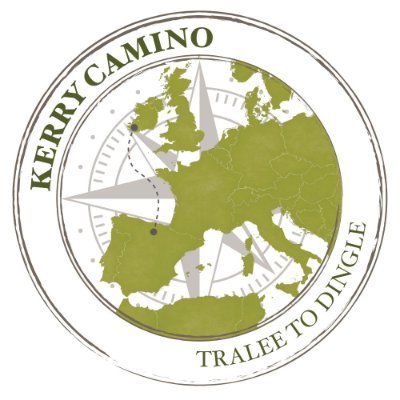